Let's make the world to a better place together!
Every human life is of equal value. Obviously not in the USA!
Goethe: "Everyone sweeps in front of the own door - and the world is clean!".
Every disaster
is a chance too!

Only ignorants
want to go back
to "normality"!

They ignore,
that their "normality"
is cause of the crisis! 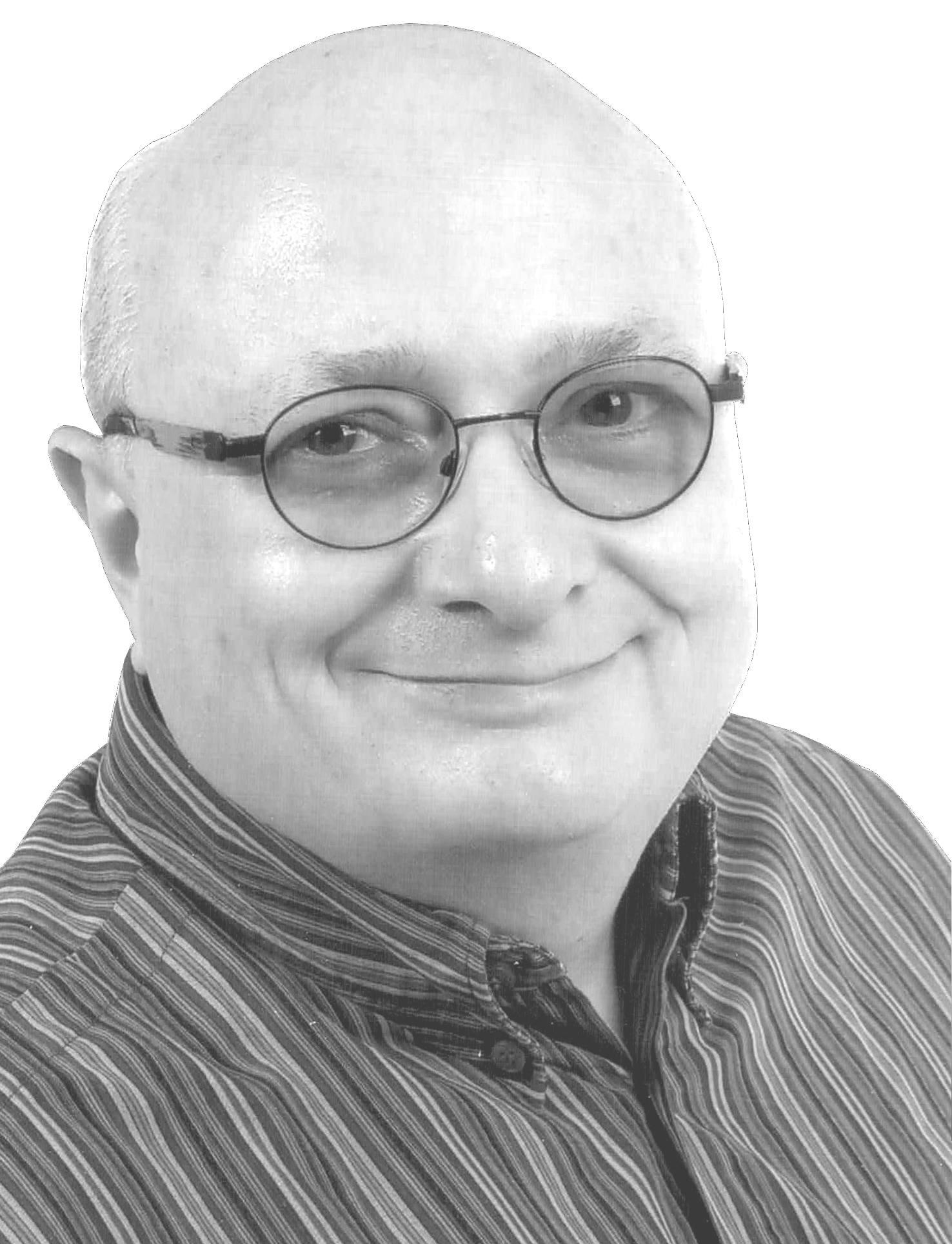 + + + + Congratulations US, NATO and also Germany, you really have proved the superiority of the western system in Afghanistan! + + + +
+ + + + Hopefully the profit for the weapons industry has been big enough to justify the current and coming misery which have left behind in Afghanistan! + + + +
+ + + + How hypocritical: The US has been placing a complete embargo on small Cuba for more than 70 years and claim now to be on the side of the Cuban people? + + + +
+ + + + Stop the embargoes against other countries like Cuba, Venezuela, Iran etc. NOW + + + + Do not misuse your military and economic power against other countries! + + + +
- - - If the leaders of the capitalist world would be sure, that their system is the better one, then why they try to subvert and to destroy socialist countries? - - -
- - - Laughing down, defaming, subverting, killing... People tend to kill what they are scared about most. - - -
1. No Violence!
Stop every war all over the world NOW!
Stop practicing every kind of violence against human beings.


2. Respect!
Treat any creature as you wanted to be treated if you were the other one.
Believe in whatever you want, but respect other opinions.
Let people live their lifes like they want as long as they do not damage others.

4. No manipulation!
Knowledge is power!
Lies are illusions, the truth is reality.
If you need to lie to get something, than you can be sure that you want the wrong thing.
Fake news are lies and the base of catastrophes.
Who distributes or shares lies, who could be guilty in disasters.
Do not share or distribute things, if you are not absolutely sure, that they are true.
As more people say the same, as more you can be sure that it is wrong.
So stop every mass manipulation!


5. No exploitation!
Nobody should live at the costs of others; nobody should exploit other people.
You can't exploit, plunder or steal from other people, countries or whole continents during hundreds of years - and later wonder, why poor people from there one day stand in front of your door and have demands.
In physics we have the rule of "communicating vessels", which are connected by a tube - just to remember those people, who propagate that equality would be against the nature.
What some people were doing since centuries is to sit on this tube and to preach to the world, that the rules did change.
What really happens after pushing those people from the tube between the "communicating vessels" you could see in the flood of refugees 2015.
Instead of really live with the reality, many people had nothing else to do then to close the tubes again. Obviously in the hope to be able to cheat the reality again. Those are the same people who preach water in the public and drink wine at home. That are the same people who refuse to learn from the current corona-situation. Some of them really start now a discussion about the question, if lifes of people ar emore important or the economic disaster. If those people want an answer, they simply should ask the poor people!
My question simply would be, what would they tell us if the next virus with different attack-possibilities will appear one day?
I just remember to the proverb: If you don't want to listen, find out the hard way.
Give back what you got wrongfully, share instead to take, help without any ulterior motive, build up again what you destroyed - and people form other places will visit you as guests, but never will come with demands to stay.
Nobody should own more than he really needs.
All other things should be the property of all people.
Knoewledge and science should help everyone.
Greed is a addiction and the base of all disasters in the world which are made by people.
Money is needless, solidarity not - as you can see now.


6. Growth
Perpetual growth is the main part of the capitalist religion - beside exploitation, violence, unfairness, lies, cheats, egoism etc.
The endless growth in the capitalist world can't be in the interest of normal people and sure not in the interest of our earth - and it's against the nature. Looks are more important then the values - and products are intended to break as soon as possible to ensure the permanent renewal. Same is with mistreating animals in relation to the the waste of bad food.
While in one part of the world we have the throw-away society, we have in the other one the society of lack and suffer. Who reall could like this - except the people who profit from that madness?
Calm down the economic growth, stop the "reality game monopoly", produce things which people really needs and which are from high quality and durability and distribute the richness of the world to all people. Simply live with and not against the nature, because we are part of it. To ignore rules of life means to destroy ourselfes.
And the strange thing is, that the winner of the capitalist society are always propagating that there is no alternative and that this system will last forever.
Who could give me one simple example for something endless from the whole history of the universe?


7. Bread and games
While the majority of people is neutralized with playing games and dealing with nonsense - whereto they were seduced before, the minority is engaged in renew and upheld the addiction of the majority and hoarding goods and money. To cement this sick system, the minority is using a big part of the money for arms to contain those people and societies who wants live another life. In the same time the majority gets enough so that they prefer to live than to die. And the "funny" of this cancer is, that they are using this money for it, which the majority has worked for and which normally belongs to the majority. Juvenal called this "panem et circenses" - which means: "bread and games". So this idea is not new, but it still works.

8. Social systems
If some people are convinced, that capitalism is the best system, why do they try to subvert and destroy socialist societies?
Often is to hear that they want to set free the people in socialist countries and give them a better life.
But the question is: Why don't they start to "rescue" people in poor capitalist countries without any ressources, where many people die every day by hunger and epedemies?
People tend to destroy what they fear.
Do it with social systems like in sports: fair conditions, equal possibilities, no hinderance of the other one and respectful competitions. The better will win!
Example: The little island Cuba always helps the world with their experienced and brilliant educated medical experts - but what they get back?
Probably hundreds of medical doctors from Cuba could help the people in New York and in the whole USA in the current medical disaster.
Why american people don't ask Cuba for immediate help in the corona-disaster and stop the inhuman economic embargo now in return?
It probably would help to save lifes of thousands of american people.
And it would be a good restart.
What are you waiting for please?

9. The virus in the head
The whole world is scared now about the dangerous corona-virus.
To fight against it, nearly the whole wolrd is locked down.
But there is still a much more dangerous virus, which is sitting in the head of a few people and with what the whole mankind lives since decades.
The world is full of mass destruction weapons, which could destroy not just the whole mankind, but also our wonderful planet too withing minutes!
Just a few people are sitting in the key position, waiting for the order to terminate the whole existenz, while some of us doing the same virtual in front of their computers or smartphones.
Now have a look, what the mankind is able to do to fight against the corona-virus.
And then think about, what we are doing against the much more dangerous virus of military threat. Nearly noting!
We let us to entertain, to lie to, to cheat, to manipulate - and more than this: We even work a big part of our lifes for, that a few can live out their sick phantasies of the military dominance, while many people die by hunger in other places.
But we are able to hold the whole world and to renounce to much until this corona is destroyed.
So the mankind is able to do all to fix a small problem, but nothing to solve a fundamental one?
Is this not really sick?
Who are your real enemies? I mean real ones and not the virtual ones, who were pretended to you, to calm you down.


10. Suggestion
Put the current situation in your mind, before you are later on the way back to your habitual life.
You know now, what we really need and what is waste.
Change the world, otherwise the earth will change all of us!
Chose people with the biggest knowledge, humanity and foresight as your leaders and not those with the most money and who screaming loudest.
Put all military ressources under control of the united nations, so most of wars will not happen and much money could be used to eliminate the suffer of people.
Without wars we have no refugees, with no exploitation we have no poor people.
We should use "medical guns" against cancer, HIV, epedimies like coronavirus and other sicknesses - and not "war guns" against human beuings.
The world has enough for every being!
Learn to share!
Stop this sick and stupid greed!
Work and research together to the advantage of everyone!
You see now, that it is possible!
Nationalists are egoists and they are looking into the past! The future is a open world with open minded people!
Start now in one example: Cuba sends medical doctors to save lifes of many american people and amirican people stop the sensless embargo to give the Cuban society the freeedom to live as they want!

All that is utopia???
Maybe!
But who thought half a year ago, that a simple virus would change the whole world in every field from one moment to the other?

This wonderful earth really does not need violencer, bullshitter, fake newser, water preacher, egoists, parasits, occupier and plunderer, but she likes to host friendly people, who act like guests on this planet.
If we do not learn from mistakes made in the past, what will we do if another virus appears sooner or later, which is more dangerous, faster in spread?

Thank you to everyone all over the world, who cares for others!